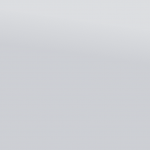 Henry Durrant has joined London-based Reactive Markets earlier this month as the trading technology provider’s Business Development Head.
“To kick off the new year with some positive news, Reactive Markets is delighted to welcome as our new Head of Business Development,” the company wrote on Linkedin. “Henry’s wealth of experience and understanding of electronic trading markets make him a fantastic addition to our growing team. Exciting times ahead so watch this space!”
Impressive Experience within FX
Durrant started his career in the in 2012 out of college and has around eight years of experience in the industry.
He moved to Reactive Markets after serving for more than a year at , which is a multi-bank forex streaming aggregation and matching service, as an assistant vice president.
Before he was at FXSpotStream, Durrant worked at 360TGTX. Over the one and a half years that he worked at the firm, he was employed in e-FX liquidity management. He joined the company when Deutsche Börse purchased Gain GTX ECN.
During his career, he spent almost three years at Mitsubishi UFJ Financial Group’s (MUFG) e-FX desk as a senior associate before moving to Deutsche Börse.
Durrant entered the forex industry as a Relationship Manager at Thomson Reuters. There, he was first responsible for growing and retaining existing clients of business across the UK and Scandinavia. He later moved to FX translation sales and sold FXall products to British hedge funds and trading firms, according to his Linkedin profile.
Founded in 2019, Reactive Markets is a new player in the trading technology space and already added a few products to its portfolio. Durrant has joined the small team of the company, mostly consisting of its three Co-founders: Phil Morris, Mark McDowell and Mark Aylett.