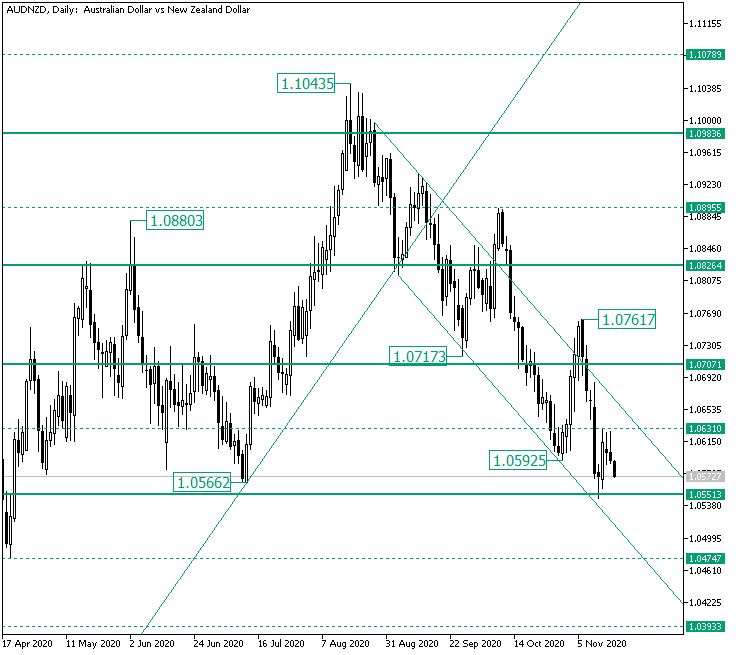 The Australian versus the New Zealand dollar currency pair seems to be searching for a resistance area. But could the bears take advantage of this context?

Long-term perspective
After the low of 1.0566 was printed, the market started a new rally, one that would etch the 1.1043 high.
As the bears considered that the bulls overextended, they sent the price beneath 1.0983, thus leaving the bulls with no support to continue their movement from.
Nevertheless, the bulls thought that they have found support at 1.0826, but after starting the appreciation, they were stopped in their tracks by the 1.0895 intermediary level.
As a result, the price slipped under the 1.0826 level, and the fall prolonged until the 1.0717 low. In an effort to recover, the bulls thrust and put the price above 1.0826 once more.
Still, the bears ironed out the really, persuing their objective of casting a new lower low. This is how the low of 1.0592 was printed. In the process, the 1.0707 level was pierced.
This repeated as the price noted the high of 1.0761 before falling until the next support area, 1.0551.
As the bulls rejected the price from 1.0551, sending it to the 1.0631 intermediary level, they could believe that — once more — they have a chance.
However, the price is oscillating mostly in a descending channel. So, as long as the price is not escaping and departing from it, the bears will reload their positions every time they consider.
So, as 1.0631 worked as a place from where the bears may have already started a new fall, the target is 1.0551, followed by 1.0474.
However, if the bulls stop the fall in its tracks and seal the upper line of the descending channel and the 1.0631 level as support, then they can hope for 1.0707.

Short-term perspective
From the high of 1.0761 — which marks the head of a head and shoulders pattern — the price ebbed until the 1.0546 low.
From there, it bounced off 1.0573 and extended until the 1.0621 intermediary level, starting a consolidation phase just beneath it.
As the consolidation served a fall, two scenarios may take place. In the first one, 1.0573 rejects the price, leading to the above-mentioned unfolding.
In the second one, 1.0573 cedes, thus allowing the drop to reach 1.0481 — not highlighted on the chart.