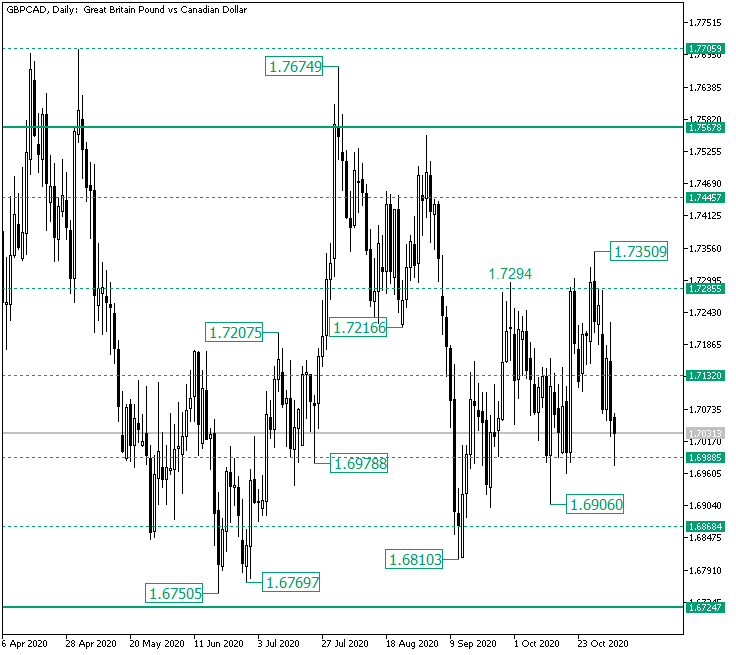 The Great Britain pound versus the Canadian dollar currency pair still has the potential to pull off an appreciation. But will the bears let that happen?

Long-term perspective
After the double bottom — marked by the 1.6750 and 1.6779 lows, respectively — validated the firm support level of 1.6724, the bulls brought the price above the stable 1.7567 resistance area, peaking at 1.7647.
But as the price not only that it retraced under 1.7567, but it also departed significantly from it, printing the low of 1.7216, the bears could not have been happier.
As a result, the bears crafted a throwback that, even if it stopped a hair away from 1.7567, it confirmed it as resistance, resulting in a sharp fall that extended until the 1.6810 low.
Nevertheless, from the 1.6810 low, the bulls began to make their presence felt, as they drove the price to the 1.7350 peak, beyond the 1.7285 intermediary level, and conquering 1.6868 and 1.7132 along the way.
Now, as the corrective swing of the ascending trend that started from the 1.6810 low is underway, the bulls are expected to reconquer 1.7132. If they manage to do so, then 1.7285 is their next target both as a partially profit boking area and as a level that has to be validated as support.
However, if the fall rests too much around the intermediary level of 1.6988, then the odds would be against the renewal of the bullish momentum, as such development could open the door to 1.6868.