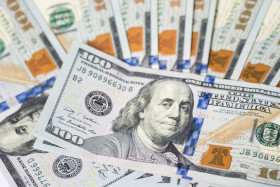 The US dollar is trading mixed against several currency counterparts midweek as investors focus more on economic data and fiscal stimulus instead of the first 2020 presidential debate between President Donald Trump and former Vice President Joe Biden. With growing confidence in the broader financial market, the greenback could face pressure in October, but electoral uncertainty might cap its decline.

According to the US Bureau of Economic Analysis (BEA), the economy contracted at an annualized rate of 31.4% in the second quarter, slightly better than the market projection of 31.7%. Analysts had revised personal consumption expenditures (PCE) and non-residential fixed investment, which helped the quarter-over-quarter improvement. Still, it represents the steepest annualized contraction on record.
New ADP data highlight that private businesses added 749,000 workers in September, the biggest gain in three months. The reading is also better than the median estimate of 650,000 new jobs. The service sector led the resurgence, with 552,000 positions. The goods-producing sector picked up 196,000 new jobs, driven by manufacturing (130,000) and construction (60,000).
During the April-to-June period, corporate profits slumped 10.7%, up from the 11% drop in the previous quarter.
Mortgage applications fell 4.8% in the week ending September 25, according to the Mortgage Bankers Association (MBA). The 30-year mortgage rate also dipped from 3.1% to 3.05%.
Investors dismissed the raucous US presidential debate in the middle of the trading week and were jubilant over Treasury Secretary Steven Mnuchinâs optimistic tone that the White House and lawmakers could strike a new stimulus deal. He revealed that the legislation, which is proposed to be $2.2 trillion, has some âreasonable compromise here.â

I  say weâre going to give it one more serious try to get this done and I think weâre hopeful that we can get something done. I think there is a reasonable compromise here.