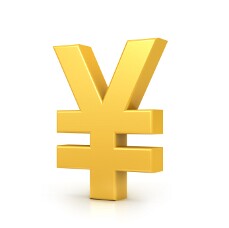 Japanese Yen Rallies Against US Dollar on Upbeat GDP Data

The  Japanese yen today traded sideways against the  US dollar during the  Asian session despite the  release of  upbeat Japanese GDP data. The  USD/JPY currency pair later fell as  the  yen rallied against the  much weaker greenback during the  American session.
The  USD/JPY currency pair today fell from a  high of  106.38 in  the  London market to  a  low of  105.86 during the  American market and  was near these lows at  the  time of  writing.
The  currency pair traded sideways during the  Asian session despite Japan’s Cabinet Office releasing an  upbeat Q2 GDP report. According to  the  report, Japan’s economy contracted 7.9% versus the  expected 8.1% translating to  an  annualised print of  -28.1% as  compared to  the  expected -28.6% print. The  pair hit its daily highs during the  London session as  the  greenback rallied as  tracked by  the  US Dollar Index to  a  high of  93.48. However, it was the  declining US 10-year treasury yield, which fell to  a  low of  0.679% that gave the  yen a  significant advantage.
The  lack of  significant releases from the  US docket meant that the  pair was heavily susceptible to  market sentiment. The  release of  the  upbeat US NFIB business optimism index for  August, which came in  at  100.2 versus the  expected 98, could not stop the  pair’s fall.
The  currency pair’s future performance is likely to  be affected by  market sentiment due to  the  lack of  major releases.
The USD/CAD currency pair was trading at 106.03 as at 18:15 GMT, having fallen from a high of 106.38. The EUR/JPY currency pair was trading at 124.98, having dropped from a high of 125.64.
If you have any questions, comments, or opinions regarding the Japanese Yen, feel free to post them using the commentary form below.