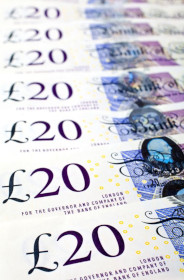 The  Sterling pound today edged lower against the  US dollar for  the  second consecutive session as  investors remained worried about a  hard Brexit. The  GBP/USD currency pair fell amid a  lack of  significant releases from the  UK docket and  was fueled by  the  much stronger greenback.
The  GBP/USD currency pair today fell from a  high of  1.2998 in  the  early London session to  a  low of  1.2949 in  the American session and  was near these lows at  the  time of  writing.
The  currency pair traded sideways with a  slight bearish bias during the  Asian session before heading much lower in  the  London session. The  pound’s woes were driven by  the  risk-off sentiment dominating markets as  investors grapple with multiple threats. The  fact that the  UK and  EU have taken uncompromising stances on  the  Brexit talks has investors worried that the  UK could crash out of  the  European Union without a  deal on  31st December. The  rally by  the  greenback witnessed in  the  American session, even as  the  US Dollar Index rallied to  a  3-month high of  98.57, also drove the  pound lower.
The  dollar’s growing strength meant that the  cable had little chance of  a  recovery after the  American session got underway. The  release of  upbeat US initial jobless claims data by  the  Department of  Labor also contributed to  the  cable’s fall.
The  currency pair’s future performance is likely to  be affected by  investor sentiment and  tomorrow’s US ADP jobs report.
The  GBP/USD currency pair was trading at  1.2934 as  at  16:48 GMT, having dropped from a  high 1.2998. The  GBP/JPY currency pair was trading at  142.18, having fallen from a  high of  142.81.