Euronext has published the offer document for its all-cash tender offer to the outstanding and all issued shares of Oslo Børs VPS Holding ASA (“Oslo Børs VPS”), an exchange and central securities depository operator.
Euronext, , is offering NOK 6.24 billion ($730.74 million) to purchase the shares, which translates to NOK 145 ($16.98) per share, a 32 per cent premium on Oslo Børs VPS’s closing price on December 17, 2018. When measuring against the company’s 3-month volume-weighted average share price, the offer is a premium of 34 per cent, the statement said.

Furthermore, for each shareholder that accepts Euronext’s offer, they will also receive an interest payment on the offer price equal to 6 per cent per annum from the date they accept the offer until the conditions of the offer are fulfilled.
Oslo Børs VPS urges shareholders to wait on Euronext offer
The acceptance period for the offer begins today and will last until February 11, 2019. However, according to a report from today, the Norwegian company has advised shareholders that it should await the recommendation of its board, which is expected by the end of February at the latest, before making a decision. 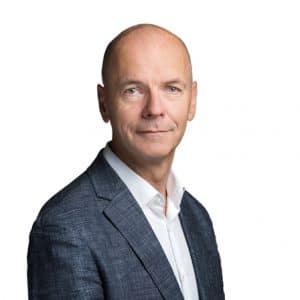 Per Eikrem
Source: Oslo Bors
Per Eikrem, a spokesman for Oslo Børs VPS said: “We don’t yet know which offer may ultimately be the best. We’re trying to find that out now.”
According to the statement from Euronext today, if the offer is accepted, it will be “fully committed” to further developing Oslo Børs VPS, both in regards to its stock exchange and central securities depository. 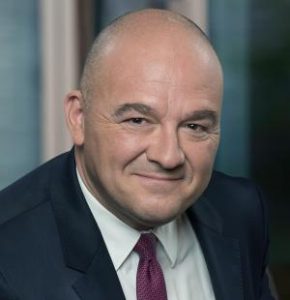 Stéphane Boujnah
Source: Euronext
“If the offer is accepted, Oslo Børs VPS would benefit from the largest European liquidity pool, Euronext’s cutting edge technology and innovation capabilities, and access to new asset classes, tools and markets. Oslo Børs VPS would maintain its identity and integrity within Euronext’s decentralised model, while the CSD VPS would keep its operational independence to serve the Norwegian investor community, in an integrated framework of governance and supervision.
“The combination would be a major milestone towards Euronext’s vision of building a consistent pan-European marketplace offering best-in-class capital markets services,” added Stéphane Boujnah, the Chief Executive Officer and Chairman of the Managing Board of Euronext.