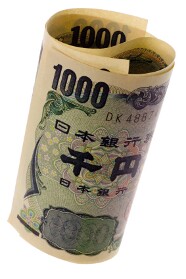 The Japanese yen fell against its rivals intraday as the market sentiment was improving. While the currency retained its losses versus the US dollar, the yen has managed to erase the drop against most other peers by now. As for Japan’s macroeconomic data, it was somewhat mixed today.
The Bank of Japan core Consumer Price Index rose 0.8% in February from a year ago, the same as in January, while analysts had expected slightly slower growth by 0.7%. Meanwhile, the Services Producer Price Index increased by 0.6%, a bit slower than 0.7% growth registered in January.
The United States and China were negotiating in an attempt to reach a trade agreement that would allow the Asian nation easier access to the US markets and avoid trade wars. That eased tensions among investors and reduced their aversion to risk.
USD/JPY rose from 105.40 to 105.74 as of 11:22 GMT today. GBP/JPY rallied from 149.98 to 150.49 intraday but has tumbled to 149.16 by now.