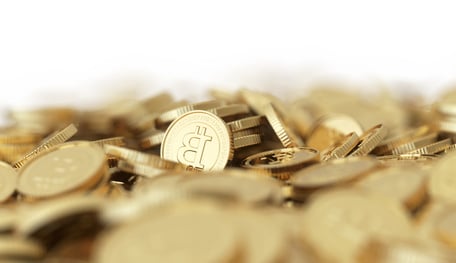 Nearly two months after it integrated BTC into its platform, the popular Square Cash App has successfully opened the door for Wyoming users to buy and sell Bitcoin. Square says that it’s working on making its BTC services available to users in New York state next–the platform is in the process of applying for a New York state .

Residents of the states of Wyoming, New York, Georgia, and Hawaii found themselves excluded when Square added the options to buy, sell, send, and receive Bitcoin in late January of 2018. The company decided to hold back from offering its BTC-related services to these states because of the tighter within them.

???????????? Bitcoin buying and selling is now available to our customers in Wyoming!

In response to a tweet asking when Square’s BTC options would be available in New York, the company wrote that it was “working on it.”

Wyoming has a long history of being a bit tighter on crypto than the average US state. The popular exchange app indefinitely suspended operations in Wyoming in June of 2016; the app has shown no signs of resuming business in Wyoming since.

However, crypto regulation in the state of Wyoming has taken a few interesting turns in recent weeks–as many as five different bills relating to crypto regulation have been making their way through Wyoming’s legislative system.

On March 6th, the Wyoming state legislature passed House Bill 70, which exempts certain cryptocurrencies from money transmission laws and securities regulations. The bill legitimizes the classification of “” to coins that make certain criteria.

“It’s very exciting that Wyoming is the first state to define what a utility token is, setting an example of how this could become a standard under federal law,” said Caitlin Long, co-founder of the Wyoming Blockchain Coalition, in a Forbes report.

Hey — why did you exclude from your new app? Wyoming officially EXEMPTED from its money transmission law last week. Many Wyomingites want access to . You’re missing an opportunity!

Should these bills manage to make their way to becoming laws, the state of Wyoming may be well-positioned as a potential hub for blockchain innovation.