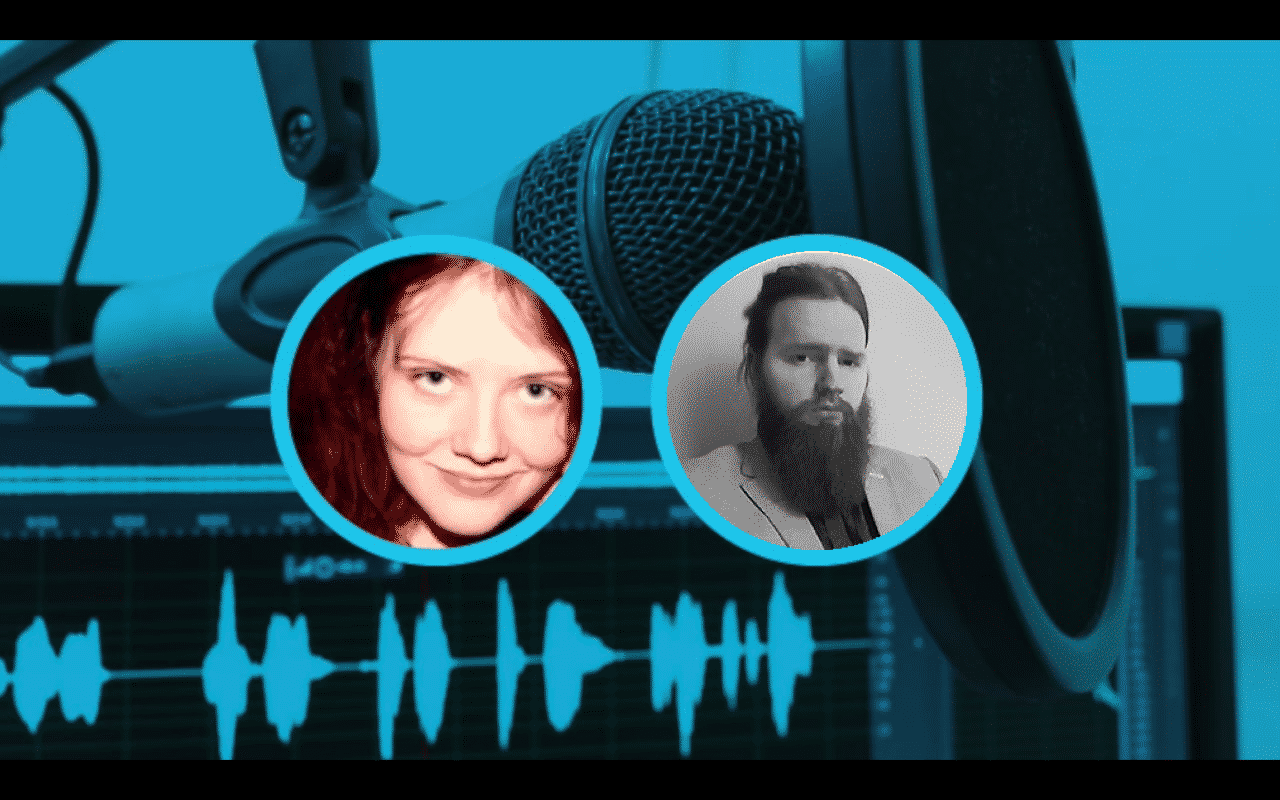 IOTA Will Be More than a Cryptocurrency, Founder Says

It’s been an eventful couple of months for IOTA.

Following the launch of an and a significant investment by Robert Bosch Venture Capital in late 2017, the IOTA Foundation announced a collaboration with the (ITIC) early this month.

Additionally, IOTA’s token value has gone for a bit of a ride, shooting over $5.50 in mid-December before beginning a long, slow correction to its current valuation of roughly $2.40.

Some IOTA holders were unpleasantly surprised earlier this week due to a malicious seed generator that stole private keys and took IOTA tokens straight out of wallets.

Earlier this week, IOTA announced the addition of Volkswagen CDO Johann Jungwirth onto the IOTA Foundation’s Supervisory board. Jungwirth, who is the first C-level executive to join the board, is the latest addition following Dr. Hongquan Jiang, partner at Robert Bosch Venture Capital.

“IOTA has the potential to set a standard for trusted machine-to-machine transactions,” said Jungwirth, “with its brilliant technology, it’s no question why mobility and technology companies as well as other key players in the industry are joining the Foundation.”

This week, Finance Magnates spoke with David Sønstebø, founder and head of the IOTA project, about what the addition of Mr. Jungwirth means for the future of IOTA, as well as where the organization and the project are headed in the future.

Finance Magnates: Johann Jungwirth, the chief digital officer of the Volkswagen group, recently joined the supervisory board of the IOTA foundation. What does this mean for the future of IOTA?

David Sønstebø: We are, of course, very happy to have Johann on board the IOTA Foundation.  What this essentially means is that the entire organization is maturing quite intensively right now. We are bringing people like this on board precisely to help grow the organization—the IOTA Foundation itself—into the entity that we want it to be.

& I am looking forward to start serving on the Supervisory Board of the IOTA Foundation. Great work !

Also, of course, it means that we are beginning a very strategic partnership in the automotive industry. He has great experience and great expertise in this field, so having him on board means that IOTA is establishing itself very heavily in the mobility sector for different use cases that I’m sure we’ll get into.

From the day we began it, we always said we were completely neutral when it came to ideology, we were going to focus on the pragmatic approaches. We created technology that works for the real world, not just concepts that reflect the rest of existence.

As a consequence of this kind of philosophy, we established the IOTA Foundation in . Unlike all of the other entities which tend to go to Switzerland, Singapore, or the Cayman Islands, Isle of Man—these types of places where it’s easy to set up these kinds of entities—we went to Germany, arguably the hardest place to establish it, because of all of the laws and a lot of legal fees.

As a consequence, we kind of get that gravitas of being an actual nonprofit foundation in the heart of Europe, in the home of the industrial world. When I say that we want to grow the IOTA Foundation into the vision we have of this entity, I mean an organization that is more equivalent to the Linux Foundation than a crypto project.

Even though we use and we are technically a crypto, that is not our goal. Our goal is to create a standard, global protocol that retains and that forces these principles of the internet world, brought forth by crypto.

We don’t want to remain in the crypto realm—we want to mature out of that and actually create something for the real world. That’s what I mean, that’s why we need people like this, who have experience running these large organizations and networks—just the expertise in general.

This is the second auto-related collaboration that IOTA has announced so far just this month. On January 4th, IOTA announces a partnership with ITIC. Does this signal a sort of focusing-in on the automotive sector by IOTA? What steps is IOTA taking to establish itself in the IoT market in general, and not just the automotive sector?

In the automotive market today, when you think about it, a car today is a computer with wheels. It’s more digital than it is mechanical. That is especially true for the future of mobility when you start thinking about autonomous vehicles, and autonomous fleets of vehicles, etc.

These, of course, present a lot of new issues that we have never contemplated before. Suddenly, software updates become incredibly important, so that the data is secure; machine learning is vulnerable to being manipulated—that could lead to a sort of artificial insanity scenario that no one wants.

That is the beauty of the , that you can actually put data onto it with these kind of instances, and ensure their integrity. So it’s immutable; you can’t alter it. IOTA is a uniquely suited technology to solve some of these problems that the automotive sector is facing imminently.

So, indeed, in the IOTA Foundation, we have several different working groups, and one of the most active ones is the automotive one. Like you said, we now have the chief digital officer of, we have the , and we have an investment from Robert Bosch Venture Capital. Bosch, of course, is the largest automotive part manufacturer in the world. It signals a very strong focus on this field.

Another use case (just to mention it because we’re talking about crypto and finance) is what we envision already could happen right now—that cars potentially could pay for their own usage.

For instance, you could pay for parking, charging, every meter you drive on the road (so we could get rid of the toll stations); you can pay for the sharing economy aspect, etc. All of these things are enabled through the IOTA ledger. So, that’s one of the focus areas to make the car an autonomous agent that pays for itself, whether it be maintenance or services.

In terms of what specific steps we are taking to establish IOTA as a standard not just in the mobility sector but beyond that, in the rest of the IoT, [is that] we are actively working in health care.

We have some world-leading experts on board the in the healthcare sector, and we have several different group concepts, several working groups. One is here in Norway. We are establishing a test net across the Norway-Finland border, to secure medical data from connected healthcare.

This is very important, because again, you do not want to be a remote-monitored patient, and have someone alter the data of the device that your life is dependent on. That is very, very important to secure. We are taking active steps there. Same thing with supply chain—we have several relationships and we are taking steps there.

We’re doing the same thing all across the board. Even though and healthcare are probably the two most active–or rather, mature–fields at the moment, we are very much still ongoing with distributed computing and storage on demand, all of these other IoT areas as well.

In 2018, we are focusing primarily on 3 things. The first thing is to grow the IOTA foundation into the entity, realize its full potential. This, of course, comes with a lot of important tasks, like getting the governance structure in place, getting all the procedures in place, getting the compliance, accounting, etc–all these kinds of things that a serious, big entity has to have. That is a big focus that we have right now.

The second part is growing the team itself. IOTA has grown so fast over the last few months. The demand from companies and organizations to use IOTA, and to learn more about IOTA, is growing exponentially. We need to match that demand with the supply in terms of human resources, so we are adding new people weekly, almost daily at this point. Researchers, developers, supervisors, and advisors.

The third part is realizing some of these use cases. We have to take the marketplace as you know, I think Dominik this data marketplace has a lot more leading participants.

What we want to do in 2018 is take these case studies and mature them into actual projects, whether that be a joint venture with these corporations, or just the corporations themselves set something up. Or a startup comes along and does it. No matter what, as long as IOTA is the being used–that is our focus.

We want to really move away from doing proof-of-concepts, which is pretty much what every single blockchain distributed ledger is doing right now, and go into more production ready concepts. Of course that also goes for the protocol itself, to make the protocol production ready, so that you can actually rely on it.

Everything in this space right now is the data. This goes for all the major networks—Bitcoin, , and IOTA as well.

That’s kind of the focus for 2018: to mature the technology, the foundation, and to bring these relationships and partnerships into real-world business cases, not just parts of studies anymore.

Finance Magnates: When we interviewed IOTA Co-Founder Dominik Schiener a few weeks ago, he said that he thinks that IOTA will be in the top three cryptocurrencies in terms of market cap by the end of this year. I’m just curious what your thoughts are about that prediction.

When it comes to predicting , especially in a volatile market such as cryptocurrency, it’s borderline impossible to say something is for certain. Dominik has his own personal opinion, and everyone is free to have their own.

Mine is a little bit more reserved in the sense that I don’t want to make a prediction and say,”by the end of 2018 we will most definitely be top 3.” What I will say—which is very much aligned with what I believe–is the point that he (Dominik) tried to get across: we undoubtedly see IOTA as a crypto project, or rather a protocol, that absolutely belongs in the upper echelon.

Indeed, if we succeed with all of the things that I’ve listed in terms of maturing the ecosystem, the technology, and the foundation itself, then I am also very confident that IOTA will be right up there, where we genuinely feel it belongs from just a merit point of view.