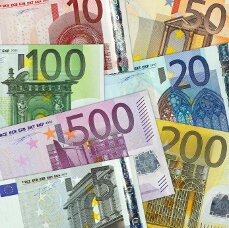 The euro retreated from the opening levels today, but that was after opening sharply higher following the French Presidential election over the weekend. In fact, EUR/USD opened at the highest level since November.

With almost all votes counted by now, centrist candidate Emmanuel Macron and far-right Marine Le Pen will go to the second round of elections. According to the opinion polls, Macron should have a healthy lead over Le Pen during the next voting on May 7. That is a scenario favored by markets, therefore European assets, including the shared currency, surged after the outcome of the weekend voting had become clear.