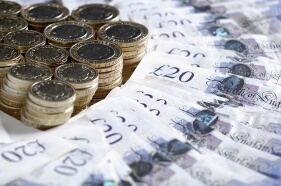 The GBP/USD currency pair today maintained the significant gains made after the announcement of snap elections by British Prime Minister Theresa May. The results of a poll conducted by YouGov on behalf of the Times Newspaper indicated that support for the ruling Conservative Party was at a nine-year high.

The currency pair did not post any large moves today but gained over 50 points at the height of its rally before retracing some of its gains.

The British pound’s positive performance can be attributed to the YouGov poll results, which indicated that support for the Conservative Party was at 44% followed closely by the Labor party at 24% and the Liberal Democrats at 12%. The poll results indicated stability for the UK after the June 8 elections as it is highly likely that Theresa May will have more power over her political detractors as she will have a majority support in the House of Commons.

The currency pair’s performance was also affected by the high selling pressure on the US dollar as tracked by the US Dollar Index, which hit new lows midway through the European session. There were no fundamental drivers for most of the currency pair’s price action, but the positive sentiment towards the pound helped it maintain Tuesday’s gains.

The speech by Mark Carney, the Bank of England Governor, scheduled for 15:30 GMT in Washington, is likely to affect the currency pair’s future performance.