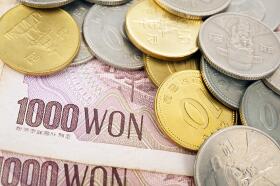 South Korean Goes Down as Geopolitical Tensions Continue to Mount

The South Korean won dropped today, joining many other Asian currency in a decline, as mounting geopolitical tensions continued to spoil the investors’ mood.

Rumors circulate that North Korea may be preparing yet another nuclear test, and that does not bode well for other Asian countries, its southern counterpart in particular. Yesterday, the United States dropped a bomb in Afghanistan, the biggest non-nuclear one they have ever used. That of course did not improve the traders’ mood either, being a sign that international conflicts are not going to deescalate anytime soon.

If you have any questions, comments or opinions regarding the South Korean Won,
feel free to post them using the commentary form below.