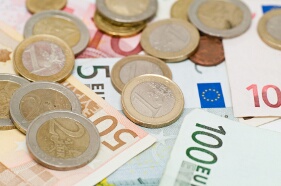 The Euro today gained slightly against the US dollar after the release of weak US consumer price index report for the month of March. The Euro was stronger than the greenback during today’s session despite the subdued trading activity as most markets were closed due to the Easter holiday season.

The EUR/USD currency pair gained at least 0.12% from its opening price at the height of its rise, but had retraced some of its gains at the time of writing.

However, the Euro was slightly stronger than the US dollar after the US consumer price index report released by the Bureau of Labor Statistics indicated that the index had fallen by 0.3% in March. This was the first recorded drop in CPI figures over the last 13 months. The details of the report indicate that the fall in CPI could be attributed to lower gasoline costs and mobile services costs.

The Euro’s future performance is likely to be affected by events related to the French presidential election, which is scheduled for later this month.