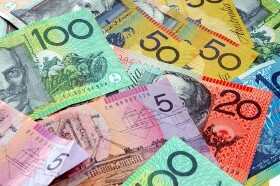 The Australian dollar fell after the release of economic reports from Australia and China, but the losses were rather limited despite the nervous sentiment among investors due to rising geopolitical risks.

As for Australian macroeconomic data, the Westpac-Melbourne Institute Index of Consumer Sentiment fell by 0.7% in April from March after rising 0.1% in the previous reporting period.