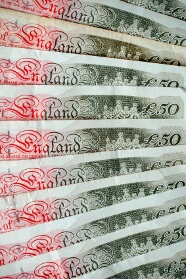 Pound Bounces from Lows as Traders Wait for Inflation Report

The Great Britain pound bounced from its recent lows on Monday as traders were waiting for inflation data that may prompt the Bank of England to start monetary tightening sooner.

Forecasters predicted that the Tuesday’s report will show an increase of the Consumer Price Index by 2.2% in March following the gain by 2.3% in February. Analysts speculated that high inflation and the weak currency may force the BoE to act sooner than planned, starting to raise interest rates. Market participants were also looking for the average earnings index that is expected to show wage growth of 2.1% in the three months through February from the same period a year ago.

Meanwhile, Brexit concerns were still weighing on the sterling. The European Union will offer formal guidelines for the United Kingdom, but so far it looks like the EU and the UK had not yet achieved an agreement about their post-Brexit relationships.