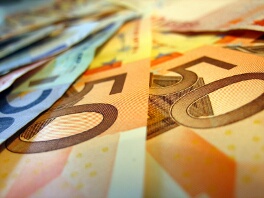 The EUR/USD currency pair began the day trading under intense pressure, which did not change even with the release of the Eurozone Sentix Investor Confidence index. The weekend release of a poll conducted by Kantar Sofres on the French election indicated that the election was now a four-horse race.

The currency pair lost about 20 points from its daily high at the peak of its decline and was trading in a sideways range during most of the European session.

The release of the Eurozone Sentix Investor Confidence index early in the European session did little to boost the currency pair despite recording an increase to a high of 23.9 in April, which was higher than the expected 21.0 and February’s 20.7. The report also indicated that the Eurozone was experiencing significant economic growth as the index had risen to its highest level since August 2007.

The currency pair was also affected by the Kantar Sofres poll released over the weekend, which indicated that the French presidential election dynamics had shifted as Jean-Luc Melenchon, a far-left candidate, had garnered more support. The poll indicated that Jean-Luc Melenchon‘s support had increased to 18% from 6% in March, while FranÃ§ois Fillon had 17% and Emmanuel Macron and Marine Le Penn were both tied at 24%. This makes the French presidential race a four-horse race.

The currency pair is likely to be affected by Janet Yellen‘s speech at the University of Michigan scheduled for 20:00 GMT.