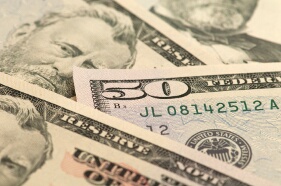 US nonfarm payrolls released today were extremely disappointing with meager employment growth. The dollar tumbled immediately after the report, as one could expect, but the losses were very short-lived, surprisingly enough. Currently, the greenback trades rather strong.

According to the report, US employers added just 98,000 jobs in March instead of 175,000 promised by forecasters. At the same time, the unemployment rate fell unexpectedly from 4.7% to 4.5% — the lowest level since 2007. The participation rate remained stable at 63.0%.

Experts argued that the slow employment growth was a result of near-full employment, not weakness of the labor market. That could be one of the reasons for the dollar’s muted reaction to the data. Other reasons could be anticipation of additional interest rate hikes from the Federal Reserve and the fact that markets focused their attention on US attack on Syrian military base.