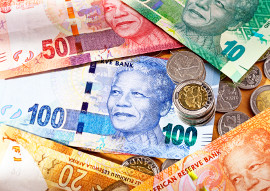 Political turmoil in South Africa persists, and it continued to hurt the rand, which dropped more than 1% on Wednesday.

South African President Jacob Zuma sacked Finance Minister Pravin Gordhan last week, a move that cost South Africa its investment grade. The decision was criticized not just by international markets, but politicians in the country itself, resulting in calls for the President to resign. Yet the ruling African National Congress Party rejected such calls.