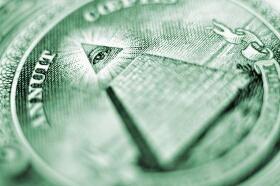 The dollar did not stay down for long, as the US currency already went higher on Tuesday. A surge in US existing home sales during October boosted tradersâ expectations that the Federal Reserve might decide multiple interest rate increases in 2017 following a predicted rate hike in December.

After a small selloff on Monday, which was caused by tradersâ reevaluation of the dollarâs recent gains, the US currency returned to climb again on Tuesday. The greenback continued to be supported by the anticipated fiscal spending boost that the US President-elect Donald Trump promised to bring to the economy, which will raise inflation and lift interest rates.

The greenback is expected to continue rising as more signals of rising inflation emerge. The report added to mounting evidence that inflation will be heading upward, which will prompt the Federal Open Market Committee to accelerate its pace of rate hikes. The committeeâs next meeting takes place on December 14.