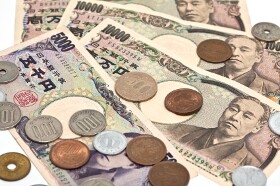 Yen Recovers as Impact of US Elections Fades

The Japanese yen traded either flat or higher against its major peers today as markets moved past the US elections and started to look at other fundamentals. Today’s economic reports released from Japan were not good per se, but at least they were within expectations, thus did not hurt the currency much.

While yesterday the Japanese currency was very weak, today it feels a lot better as dust began to settle and traders started to look beyond the US elections. As for macroeconomic data from Japan, the seasonally adjusted Indices of Tertiary Industry Activity fell 0.1% in September. The Producer Price Index also fell 0.1% in October from the previous month, while year-on-year it was down 2.7%. Both indicators were in line with forecasts.