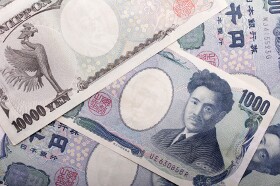 The Japanese yen climbed today after the Bank of Japan refrained from adding monetary stimulus during today’s policy meeting. The currency rose for the first time in four days against the US dollar, jumping as much as 1.2 percent. The yen also climbed 1.4 percent against the Great Britain pound.

The BoJ announced today that it will keep its bond purchase program at ¥80 trillion. While such decision was not unexpected by market participants, it was still favorable to the Japanese currency. The yen jumped in October after the central bank decided to expand the stimulus program but regained its strength against some currencies later, particularly the euro.