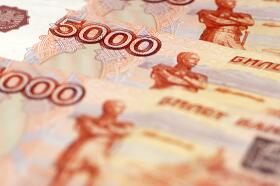 Russia’s central bank made a surprise massive interest rate hike today in an attempt to support the currency and tame accelerating inflation. While the Russian ruble surged on the news initially, it was unable to keep gains and fell. Yet as of now, the ruble managed to return above the opening level

The Bank of Russia announced a substantial increase of its key interest rate by as much as 650 basis points to 17 percent. The central bank said in the statement:

The ruble jumped after the announcement, demonstrating the biggest intraday gain in 16 years. Yet the rally was short-lived as the currency reversed its advance quickly.