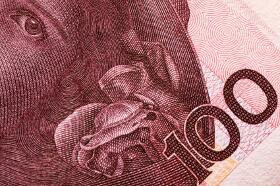 The Norwegian krone remained weak today after Friday’s decision of Norway’s central bank to reduce its key policy rate. The bank predicted that borrowing costs will remain unchanged for the next two years.

The Norges Bank cut its main interest rate by 25 basis points to 1.25 percent. The central bank said in the statement that global economic growth “remains moderate.” As for the domestic economy, the bank mentioned the detrimental effect of falling oil prices:

Growth prospects for the Norwegian economy have weakened. Activity in the petroleum industry is softening and the sharp fall in oil prices is likely to amplify this tendency. This will have spillover effects on the wider economy and unemployment may edge up ahead.

At the same time, the weak currency should be beneficial for Norway’s economy:

The krone has depreciated markedly, which is helping to dampen the effects on the Norwegian economy and underpin inflation.

Regarding the outlook for monetary policy, Governor Ãystein Olsen said:

The analysis in the Monetary Policy Report presented today implies a key policy rate of 1¼ percent, or somewhat lower, in the period towards the end of 2016

The policy decision and falling oil prices made the krone unattractive for speculators.

If you have any questions, comments or opinions regarding the Norwegian Krone,
feel free to post them using the commentary form below.