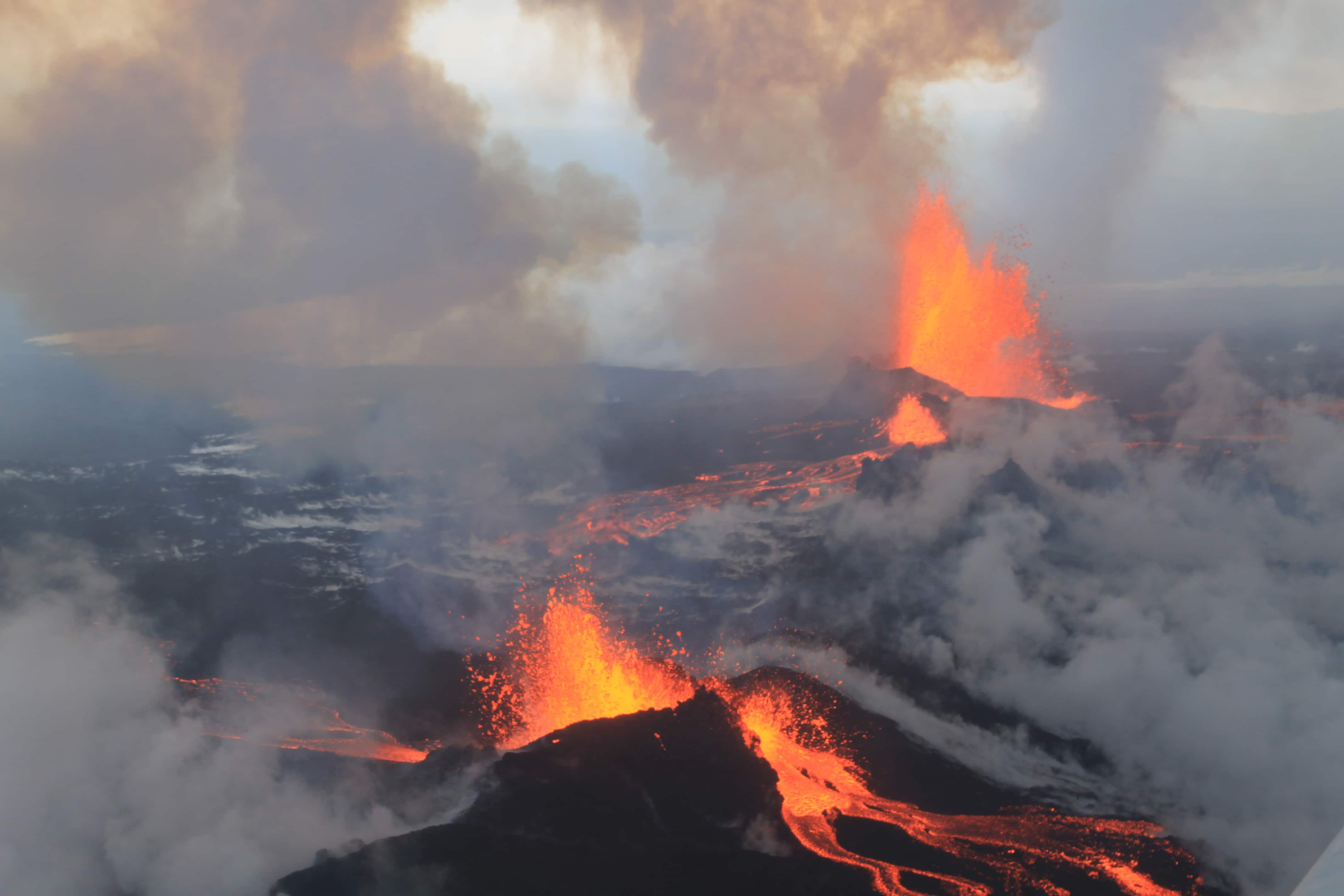 Saxo Bank Outrageous Predictions to Rock the Markets in 2015, or Will They?

The end of 2014 is near and the new batch of Saxo Bank outrageous predictions is out.

The company’s team led by Chief Economist and Chief Investment Officer (CIO) Steen Jakobsen has been notoriously famous with their annual, sometimes crazy-sounding, forecasts. However, despite the fact that some of them look quite unrealistic, they sometimes tend to become reality.

One of the team’s forecasts for 2014 became reality, and a very stark one for some. In fact, it is connected to one of this year’s picks the team made – Russia defaulting on its debt. Saxo Bank’s outrageous predictions for 2014 correctly called that oil prices are going to collapse below $80 a barrel last December due to rising production from non-conventional methods and increased Saudi Arabian output.

This is to outline that despite sounding “outrageous” now, unexpected events tend to happen, and when they do, they lead to increased market volatility and, to quote a famous financial markets professional, they lead to “a new normal” (yes, its Bill Gross’ trademark).

The case is certainly similar with the oil price shock which Russia and other major oil producers are currently experiencing, and with the ongoing lack of response by the Organization of the Petroleum Exporting Countries (OPEC), the markets can conclude the same as Saxo Bank’s 2014 prediction that “high oil prices are not a foregone conclusion”.

The team’s second prediction, which came really close to materializing this year, was for a recession in Germany. In fact, due to incoming revisions, the prospects for two consecutive quarters of economic contraction are still on the table. In the second quarter of 2014, the German economy contracted 0.1% and, as of now, it expanded 0.1% in the third quarter. Can we count this prediction as true?

After this refreshing course in last year’s calls, lets have a look at what Jakobsen and his team have in store for 2015. We begin with the already mentioned Russian default due to falling oil prices, Western sanctions and the ongoing Ukrainian geopolitical turmoil.

Borrowing a term from a third financial markets aficionado which we will add to this article (Nouriel Roubini), “the perfect storm” is brewing in Russia at a time when companies are due to repay $134 billion of debt in 2015.

Moving on from geopolitics to geology we are encountering a new scary-sounding volcano name in Saxo Bank’s Head of Forex Strategy John Hardy’s first prediction: Bardarbunga. If you have never heard about it, we can’t blame you, but keep in mind that nobody has ever heard of Eyjafjallajokull (disclaimer: don’t even try to pronounce it) until 2010, when it disrupted air traffic across the European continent for weeks.

Hardy predicts that if the recently reactivated volcano Bardarbunga, which by the way is responsible for the largest volcanic eruption in the past 10,000 years, starts blowing noxious sulfur-oxide gases into the atmosphere, it will lead to shifts in weather patterns, lowering the world’s grain output and doubling grain prices.

The volcano is already emitting more sulphur-dioxide than all of Europe’s industry combined. All we can say about this one is, “Wow!”

Unleash the Printing Press Round X: BoJ vs. ECB

Who will ease policy more in 2015, the notoriously experienced quantitative-easing factory, also known as the Bank of Japan, or the conservative (only relatively by now) European Central Bank headed by Mario Draghi. In fact, who says that it will be led by Mario Draghi in 2015?

The third and fourth outrageous predictions of Saxo Bank for 2015 are highlighting the ongoing Bank of Japan battle for inflation armed with a bunch of quantitative easing. A scenario where the BoJ over-delivers on its inflation promises is projected.

Looking at the rate of decline of the Japanese yen after every move by the central bank, the five percent Japanese inflation call does seem plausible.

What about the European Central Bank then? What can happen if the Mario Draghi led Governing Council embarks on quantitative easing (QE)? Germany certainly doesn’t want this to happen.

While the debate rages on, Italian politicians are pressured at home and need a humble but strong authoritative figure to drive the notoriously famous “structural reforms” in the country…

Oh yes, the fourth prediction calls for Mario Draghi heading back to Italy from the ECB’s hot chair, to be succeeded by Bundesbank governor Jens Weidmann who can vigilantly supervise any quantitative easing program, and appease German politicians–and most of all the public–about controlling the risks stemming from QE.

The next couple of predictions are not very odd ones. The corporate bond market has been rallying non-stop for the past several years and a scenario where corporate bond spreads double is, in fact, quite likely. At the same time, a number of vulnerabilities have rocked several retail chains and a too-big-to-fail bank, so a major breach in a big online e-tailer’s systems could only be a matter of time.

In terms of corporate bonds, Peter Garny’s (Saxo Bank’s head of equity strategy) prediction gives us an example of the imbalances in this market, “Royal Bank of Scotland’s yield on its subordinated euro-denominated 6.9% coupon maturing in April 2018 has declined from 13,6% in November 2011 to 2.2% in November 2014.”

Highlighting the lack of structural reforms by the European governments, which can indeed drive growth in the private sector, a corporate bond market meltdown is a possibility despite the better efforts of the ECB.

So what about e-tailers? Target, Home Depot, JP Morgan–solid companies with substantial resources that couldn’t avert the personal data disasters which hit them throughout the past 12 months. Speculations of state sponsored hacking attacks are the norm, regardless of whether Western governments or private companies are the targets.

Chinese Yuan Devalued by 20%, While Chocolate Gets a Luxury Commodity Status

The Chinese government could get into a tough corner to be in as the country’s housing and credit bubbles start correcting, or as Saxo Bank puts it mildly, “if not imploding.” Deflationary forces are very material in China, or any modern economy (yes, debt!), as the main source of growth dries up and leaves a bunch of worthless assets up in the air.

So what can the Chinese political machine do? Pretty much what everyone else does, print money and try to inflate away the debt burden.

You like chocolate? Then eat as much as you can, because cocoa is going through the roof. This is the friendly advice we interpret from Saxo Bank’s Head of Commodity Strategy Ole Hansen in his prediction that cocoa futures are going to rally more than 65% to $5000 a tonne.

Chinese consumer demand continues to enjoy the multitude of previously inaccessible goods to the local market, while Europeans (as usual) are getting increasingly sophisticated and are going crazy about bitter chocolate bars with 70% plus cocoa futures content.

Brexit, or a UK Housing Market Crash (or Both)?

Wrapping up the top 10 Saxo Bank outrageous predictions for 2015 are a couple focused on the United Kingdom, a kingdom which is becoming increasingly sceptical about the prospects of its European Union membership as its power diminishes and it becomes nothing more than a Downton Abbey of sorts.

Jakobsen is after this one, we leave it up to him to explain, “The UK Independence Party (UKIP) wins 25% of the national vote in Britain’s general election on 7 May, 2015, sensationally becoming the third largest party in parliament.”

Ouch… wait, there is more, the Brexit is only in 2017 because UKIP’s leader, Nigel Farage, will become the deputy prime minister in David Cameron’s new Conservative government, and they will call for the Cameron-promised EU membership referendum. Sounds scary if you’re a financial company depending on passporting FCA regulation across the EU, right?

Meanwhile London’s housing prices have already recovered 30% above their 2007 peak. Low interest rates have triggered binge buying of luxury and not-so-luxury properties in the financial capital of Europe (at least until 2017). Here comes the Canadian governor of the Bank of England to spoil the party with the first rate hikes since 2007.

We will conclude this bunch on a more serious note, with Saxo Bank’s Head of Macro Strategy Mads Koefoed sharing, “The quick rebound in house prices may induce a wave of selling from ordinary households still struggling to make ends meet, especially in pricier neighborhoods of London where affordability has gone down the drain as prices have surged.”

“Both private and public debt remain high implying low maneuverability when and if prices start to head south,” he concludes, explaining that the UK may experience a housing market crash worth at least 25% in 2015.