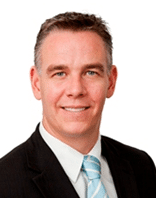 Lebanese Royal Forex Trading has announced the launch of a new Australian regulated brokerage business. According to Royal Forex Trading (RFXT), the ASIC licensed entity is part of the broker’s continuing expansion into emerging markets including North Africa and the Middle East, expected to provide additional credibility and transparency to their brand. The firm’s plans also include the opening of locations in Latin America in the future.

Leading the AU office is Andrew Taylor who was appointed to the role of CEO. Prior to RFXT, Taylor had been the COO of Invast Financial Services Australia. Commenting on the news, Andrew Taylor stated, “Royal is looking to have a breakout year in 2015. Understanding the Royal business and its superb reputation that has been built by the clients within the markets we operate in, it is time for us to project our success globally. As an established broker, we already have access to many markets and asset classes.”