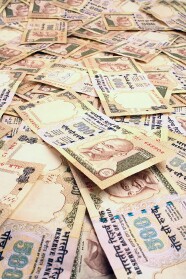 The Indian rupee gained today as the nation’s central bank kept its interest rates stable, refraining from monetary easing. At the same time, Governor Raghuram Rajan hinted that the bank is able to cut borrowing costs if necessary.

The Reserve Bank of India kept all of its rates stable at today’s policy meeting, including the benchmark Bank Rate that remained at 9 percent. Previously, Prime Minister Narendra Modi was calling for lower interest rates. The RBI hinted that it is not impossible, saying in the statement:

If you have any questions, comments or opinions regarding the Indian Rupee,
feel free to post them using the commentary form below.