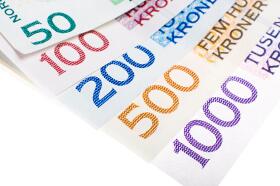 Norway’s central bank signaled today that it is planning to keep interest rates at the current record low levels for at least a couple more years. The Norwegian krone weakened as a result of the announcement but has rebounded afterward and is now heading to end the session about flat.
As was widely expected, the Norges Bank kept the policy rate (its key interest rate) at zero, saying that “he policy rate will most likely remain at todayâs level for some time ahead”. The overnight lending rate remained at 1%, while the reserve rate at -1%. The central bank explained how the nation’s economy fared after the COVID-19 pandemic:

The Covid-19 pandemic has led to a sharp downturn in the Norwegian economy. Activity has picked up through summer, and unemployment has moved lower. The increase in infection rates may put a brake on the upswing in the coming period. It will take time for output and employment to return to pre-pandemic levels.

The Norges Bank mentioned that underlying inflation was above target but the appreciating krone and low wage growth should moderate it. The statement also explained that low interest rates were helping the economy but a long period of low rates can create financial imbalances. Nevertheless, the bank signaled that it is planning to keep rates at the current level for a long time:

The policy rate forecast is little changed since June 2020 Monetary Policy Report and implies a rate at the current level over the next couple of years, followed by a gradual rise as activity approaches a more normal level.