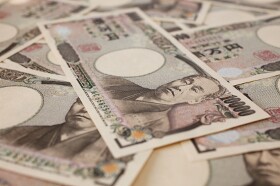 The market sentiment remained pessimistic, encouraging investors to stick to safer assets. But that did not help the Japanese yen, which was one of the weakest currencies on the Forex market during Thursday’s trading.
Today, the Bank of Japan released minutes of its July monetary policy meeting. The bank talked in the notes about recovery in the global economy:

Overseas economies had been depressed significantly, reflecting the impact of the COVID-19 pandemic, although they had shown signs of heading toward a pick-up. In many economies, economic activity had resumed since strict public health measures, such as restrictions on going outside and suspension in business and production activities, had been eased gradually.

But it also warned about being too optimistic, noting that the number of new coronavirus cases is increasing globally, and it is hard to predict the exact impact that will have on the economy:

Nevertheless, a brake was not put yet on the increasing number of confirmed cases worldwide and there were extremely high uncertainties over the consequences of COVID-19 and the magnitude of their impact on overseas economies.

As for the economy of Japan itself, the BoJ said that it was hit hard by the COVID-19 pandemic but is expected to recover gradually:

Japan’s economy had been in an extremely severe situation with the impact of COVID-19 remaining at home and abroad, although economic activity had resumed gradually. With this resumption, it was likely to improve gradually from the second half of this year through the materialization of pent-up demand and supported by accommodative financial conditions and the government’s economic measures.

The resurgence of new coronavirus cases is the major concern for investors. There was a prediction about the second wave of the COVID-19 pandemic after warm summer months end, and it looks like the prediction could be right. If governments will be forced to reinstall travel restrictions and the requirement for social distancing, that will likely shatter the already fragile recovery of the global economy.
Such grim outlook drove market participants to the US dollar but, surprisingly, not to other safe assets, like gold or the Japanese yen. One of the possible reasons for the yen’s underperformance is the fact that the Japanese economy looks softer than the US one. Economic data in Japan was not particularly good lately, including today’s inflation report from the BoJ. It showed that the Consumer Price Index was unchanged in August from the same month a year ago, the same as in July and matching expectations. Inflation had been already far from the central bank’s 2% target even before the pandemic but at least it was above zero. But after the outbreak inflation was basically non-existent, even dipping below zero in April.
USD/JPY traded at 105.48 as of 11:14 GMT today after opening at 105.39 and falling to the daily low of 105.20. EUR/JPY was flat at 122.87. GBP/JPY rose from 134.08 to 134.43, bouncing from the daily low of 133.60.
If you have any questions, comments, or opinions regarding the Japanese Yen, feel free to post them using the commentary form below.