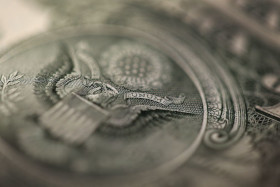 The US dollar is slumping against many of its G10 currency rivals on Thursday after the latest jobs data was flat, and producer prices declined. The greenback had been staging a comeback for more than a week, but the buck looks to be going through a modest correction toward the end of the holiday-shortened trading week.

According to the Department of Labor, the number of Americans filing for first-time unemployment benefits came in at 884,000 for the week ending September 5. This was slightly worse than the market forecast of 846,000. Continuing jobless claims hit 13.385 million, while the four-week average, which removes the week-to-week volatility, topped 970,000.
California reported the largest number of new jobless claims, with 18,000. Louisiana and Texas reported smaller increases.
Last week, initial jobless claims were the lowest they had been since the start of the pandemic, with 884,000. Continuing jobless claims hit 13.292 million, and the four-week average totaled 992,500.
New claims advanced when self-employed workers who applied for benefits under a separate federal program were included in the weekly report. About 839,000 people submitted applications under the Pandemic Unemployment Assistance Act, up 747,993 from the previous week. In total, the number of actual or unadjusted new claims reached 1.69 million.
In other data, the producer price index (PPI) dipped 0.2% year-over-year in August. On a monthly basis, the cost of goods edged up 0.1%, prices of services increased by 0.5%. The core PPI, which excludes energy and food, jumped 0.6% YoY last month.
The US Dollar Index, which gauges the greenback against a basket of currencies, fell 0.47% to 92.82, from an opening of 93.23. The index had been booming for more than a week, climbing about 1% as volatility in financial markets, US-China tensions, and coronavirus-related uncertainty lifted the dollar. That said, year-to-date, the DXY is still down 3.7%.
The USD/CAD currency pair tumbled 0.11% to 1.3133, from an opening of 1.3149, at 16:13 GMT on Thursday. The EUR/USD surged 0.8% to 1.1898, from an opening of 1.1806.
If you have any questions, comments, or opinions regarding the US Dollar, feel free to post them using the commentary form below.