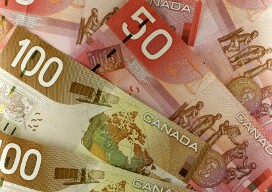 The  Canadian dollar today surged against its US peer erasing yesterday’s losses boosted by  the  rising crude oil prices, which fueled the  commodity-linked loonie. The  USD/CAD currency pair later recovered and  rallied higher as  the  loonie reacted to  Canadian employment data, which was worse than expected.
The  USD/CAD currency pair today fell from an  initial high of  1.3139 to  a  low of  1.3077 in  the  mid-European session before reversing and  heading higher in  the  American market.
The  currency pair headed lower earlier today driven by  the  surge in  American crude oil prices as  tracked by  the  West Texas Intermediate, which rose to  a  high of  41.85. The  currency pair bounced nicely from the  major support zone around the  1.30 on  Monday level and  has trended higher since then. The  loonie has been more potent against the  dollar since mid-June resulting in  an  extended downtrend. The  release of  the  Canadian unemployment rate for  August by  Statistics Canada fueled the  pair’s recovery. The  print came in  at  10.2%, which was higher than the  expected 10.1% print. Canada’s economy also added 245,800 jobs, which was lower than consensus estimates of  275,000 jobs.
The  fact that the  US non-farm payrolls report for  August came in  at  1.37 million versus the  median estimate of  1.4 million jobs limited the  pair’s gains. However, the  upbeat unemployment and  employment data released by  the  Bureau of  Labor Statistics boosted the  pair.
The  currency pair’s performance over the  upcoming weekend is likely to  be affected by  crude oil prices and  geopolitical events.
The USD/CAD currency pair was trading at 1.3100 as at 13:36 GMT, having fallen from a high of 1.3139. The CAD/JPY currency pair was trading at 81.25, having risen from a low of 80.74.
If you have any questions, comments, or opinions regarding the Canadian Dollar, feel free to post them using the commentary form below.