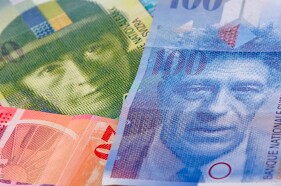 The Swiss franc fell against almost all of the most-traded currencies today despite the near-record jump of the KOF Economic Barometer. The Swissie managed to gain only against the currencies that were weak themselves, like the US dollar, dragged down by yesterday’s speech of Federal Reserve Chairman Jerome Powell, and the Canadian dollar, which suffered from a sharp economic downturn in Canada.
The KOF Business Barometer jumped from the revised July reading of 86.0 to 110.2 in August, demonstrating a jump almost as big as in the preceding month, which was the biggest in the history of the survey. The report pointed out, though, that the sharp rise followed the crash in spring, which was also the biggest in the history of the barometer. Diving deeper into the report, the main reason for the current increase of the indicator was gains in such indicator groups as manufacturing, the hospitality sector, and foreign demand. The construction sector, on the other hand, experienced a small decline.
Released yesterday by Switzerland’s Federal Statistical Office, gross domestic product dropped 8.2% in the second quarter of this year, accelerating compared with the previous quarter’s 2.5% rate of decline. Yet the actual drop was slightly smaller than 8.8% predicted by economists, and it was nowhere as big as the crash in some other developed economies, like the United States and Canada. Indeed, the report commented on the result:

Domestic economic activity was severely restricted in the wake of the pandemic and the measures taken to contain it. The global economy also plunged into a sharp recession. However, Switzerland’s GDP decline remained limited in an international comparison.