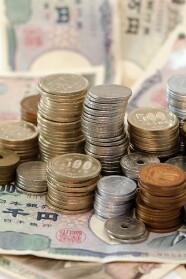 The Japanese yen was trading either flat or higher versus other most-traded currencies today. Today’s economic data in Japan was good, unlike yesterday’s inflation report. Other news was also generally positive.
The Bank of Japan reported that the Services Producer Price Index rose by 1.2% in July, year-on-year, after increasing by 0.9% in June (revised, 0.8% before the revision). Experts were anticipating a mild slowdown to 0.8%. According to yesterday’s report from the BoJ, the core Consumer Price Index was unchanged in July, while market participants were hoping for the same 0.1% rate of growth as in June.

Despite the threat of deflation, the central bank is not going to boost stimulus as former central bank policymaker Takahide Kiuchi told Reuters:

The pandemic has forced the BOJ to be more mindful of the risk of banking-sector problems, which means it canât cut interest rates easily.

Japanese Chief Cabinet Secretary Yoshihide Suga said at a press briefing today that the government wants to avoid another state of emergency due to the potentially devastating impact on the economy. Meanwhile, Nikkei Asian reviews reported that Japan and the United Kingdom are close to reaching a free-trade deal and are planning to sign the pact as soon as the next month.
USD/JPY gained from 106.37 to 106.43 as of 12:52 GMT today, rebounding from the daily low of 106.18. EUR/JPY dropped from 125.90 to 125.40. GBP/JPY slipped from 139.90 to 139.78.
If you have any questions, comments, or opinions regarding the Japanese Yen, feel free to post them using the commentary form below.