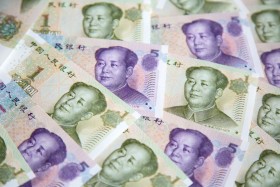 The Chinese yuan is weakening against its primary currency competitors to start the trading week. Trading patterns appear to reveal that investors are uncertain regarding the yuanâs near-term performance due to weak economic data and expansionary monetary policy. With 100 million people under a renewed lockdown over a potential second wave of the coronavirus pandemic, is the economic restart in jeopardy?

Over the last three months, the Peopleâs Bank of China (PBoC) has cut interest rates, reduced the reserve requirement ratio (RRR), and pumped billions of dollars into the economy to cushion the fallout from the virus outbreak. PBoC Governor Yi Gang wrote in Qiushi, the Communist Party journal, that the central bank is ready to boost its monetary stimulus tools to support growth. The objective of the institution is to strengthen policy flexibility and maintain financial market stability.
In the coming weeks, the PBoC is expected to announce a plethora of policies, including rediscounts, relending, policy transmission, deferred loan repayments, and targeted lending support. Plus, the central bank could do more of the same it has been doing since February â rate cuts and decreases to the amount of reserves banks are required to possess.
But the PBoC may need to bail out the federal government after the Ministry of Finance announced fiscal revenues tumbled 14.5% year-on-year in the first four months of 2020. During the January-to-April period, fiscal revenues came in at $872.76 billion, while fiscal outlays dipped 2.7% from the same time a year ago.
Last month, retail sales fell 7.5%, worse than the median estimate of 7%. But it is an improvement from the previous monthâs 15.8% crash. Industrial production rose at an annualized rate of 3.9% in April, up from -1.1% in March. The average price of new homes in 70 cities advanced 5.1% YoY, the slowest pace in two years, according to the National Bureau of Statistics (NBS).
Fears over a renewed US-China trade war are lingering in the background as both sides engage in a war of words. President Donald Trump has repeatedly threatened to sever ties with Beijing, going as far as paying companies or taxing firms to pull supply chains out of the worldâs second-largest economy. But the Chinese government has said that it is willing to meet Washington halfway.
The USD/CNY currency pair rose 0.1% to 7.1094, from an opening of 7.1022, at 16:34 GMT on Monday. The EUR/CNY jumped 1.03% to 7.7574, from an opening of 7.6821.
If you have any questions, comments, or opinions regarding the Chinese Yuan, feel free to post them using the commentary form below.