Ben Smoker, the Chief Executive Officer of Saxo Bank’s operating entity in Australia, , announced today via a LinkedIn post that he is stepping down from his position after nearly three years with the multi-asset broker.
According to his post, Smoker is leaving as the head of Saxo Capital Markets to join BT Financial Group, one of Australia’s leading wealth management organisations, as a Director in Private Wealth Services.

As , Smoker started at Saxo Bank’s Australian entity in May 2016. He joined the broker from GAIN Capital, where he was the Chief Operating Officer and Country Head of Australia. Here, he was employed from November 2012 until May 2016.
According to the press release issued by the company at the time, the appointment of Smoker was part of the firm’s larger goal to grow its product suite for institutional clients, including prime-brokerage.
The career history of Ben Smoker 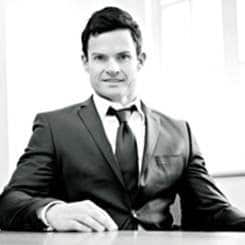 Ben Smoker
Source: LinkedIn
Smoker has more than two decades worth of experience in the finance industry, having held roles ranging from sales to development manager and structured products.
In his own words on his , he is a: “Specialist in Financial Products and Services with a focus on the Management, Distribution, Strategy, Sales and Marketing to both the wholesale and retail market with strong connectivity to the stockbroking, wealth management and financial planning sectors.”
Before working at GAIN Capital he was a Director of Sales Trading at RBS Global Banking & Markets. At RBS, Smoker’s tenure lasted for more than eight years, commencing his position in September 2003 and leaving in December 2011. Whilst here he worked with equities and listed equities products.
During his career, Smoker has also held senior positions at other well-known financial institutions such as Deutsche Bank, where he was a Vice President, Citi, ABN AMRO and Blake Dawson.