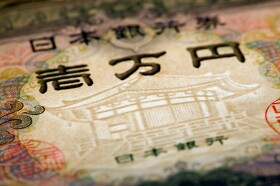 The Japanese yen traded lower against its major peers today after the Bank of Japan left monetary policy unchanged, preserving its unprecedented stimulus.
The BoJ left its benchmark interest rate at -0.1% and the annual pace of Japanese government bond purchases at ¥80 trillion. Such decision was universally expected by market participants and analysts. There was one dissenter, Mr. G. Kataoka, who argued in favor of additional stimulus:

Taking account of risk factors through fiscal 2020 such as the consumption tax hike and a possible economic downturn in the United States, it was desirable to further strengthen monetary easing, and that it was appropriate for the Bank to purchase JGBs so that yields on JGBs with maturities of 10 years and longer would broadly be lowered further.