Ethereum Jumps 9% After SEC Says It’s Not a Security

It’s been difficult to track the exact effects of government regulation on the price of cryptocurrency. However, there seems to have been a noticeable connection between a nearly nine percent jump in the price of and the SEC’s announcement that ETH is not a security on June 14.

“Central to determining whether a security is being sold is how it is being sold and the reasonable expectations of purchasers,” said Head of the Division of Corporate Finance for the SEC, William Hinman, at the Yahoo All Markets Summit in San Francisco.

CoinDesk reported that in the wake of the announcement, ETH rose 8.8 percent to $520.68, a brief spike amidst a pattern of losses over the past several weeks. The price of the Ethereum has slid 35 percent since the beginning of the year. 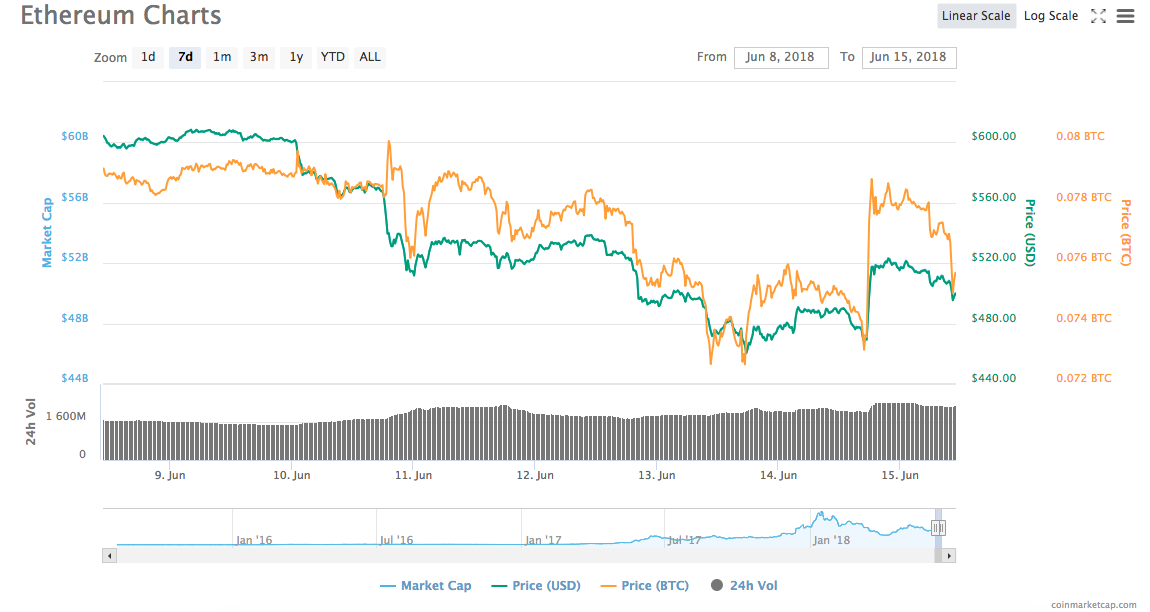 This is the first time that the SEC has made any public statements regarding the legal classification of Ether; in the past, the SEC labeled Bitcoin as a commodity.

Hinman told CNBC that his organization “[doesn’t] see a lot of value in seeing ether as a security,” and that “Ether is a coin that is evolving.” Hinman added that Ethereum’s decentralized nature and lack of a third-party expecting to make a profit are also reasons that the agency won’t treat it as a security.

Whether or not this is an indication that can be applied to other blockchain-based networks who share similar qualities remains to be seen. Hinman told CNBC that other cryptocurrencies would be reviewed on a case-by-case basis.

“We don’t think establishing a lot of bright lines is helpful,” Hinman explained. “We don’t want to react too quickly, we do want to protect investors but not stifle innovation.”

While the industry may benefit from slow-acting regulation in the long term, many have argued that the US government’s lack of ‘bright lines’ is the very thing holding the industry back. A number of crypto projects, including KodakCoin, have postponed their ICOs to ensure that they are complying as best they can–a lack of clarity on what ‘compliant’ means, however, is making the task rather difficult.