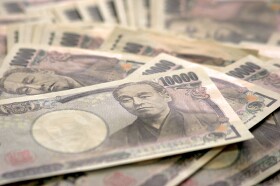 The Japanese yen gained on its most-traded rivals today. The rally followed the retail sales report, though it did not start immediately after the release of the data.
Japan’s Ministry of Economy, Trade and Industry reported that retail sales increased 1.6% in February from a year ago. That was faster than the 1.5% growth in January but slower than 1.7% predicted by economists. Month-over-month, the sales were up 0.4%.
USD/JPY fell from 106.85 to 106.56 as of 11:04 GMT today. EUR/JPY slipped from 131.47 to 131.27, touching the low of 131.06.