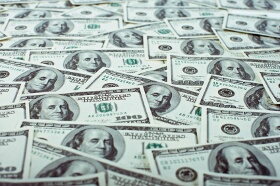 US Dollar Plummets As Anticipation Builds Up for Interest Rate Decision

The US dollar plummeted against the euro to reach its lowest level in four days as traders held their positions while they wait to see the outcome of the Federal Open Market Committee‘s meeting. The greenback also weakened versus the British pound today following a strong reading for UK consumer credit in December, which overshadowed worries about the future of the Brexit negotiations.

The Federal Open Market Committee is scheduled to end its latest monetary policy meeting that will last for two days tomorrow. Members of the committee will announce their vote on interest rates and policy changes in a statement that will be released after the meeting is concluded.

The Federal Reserve has raised interest rates three times in 2017 and five times since the 2008 financial crisis. Some economists believe that the central bank may decide to have more than three interest rate increases in the current year. However, most expectations point to a lack of change in interest rates in tomorrow’s decision, which would leave the short term interest rate at 1.5%.

The economic calendar appears to be packed for the rest of the week, with consumer confidence data for January from the Conference Board becoming available later today. Employment numbers in the private sector, which is compiled by ADP, will follow tomorrow along with bending home sales. Manufacturing activity and official labor force and unemployment data will be released on Thursday and Friday, respectively.

The Dollar Index, which tracks the performance of the US currency against a basket of its major peers, fell to 88.99 as of 14:25 GMT today from 89.30 yesterday.