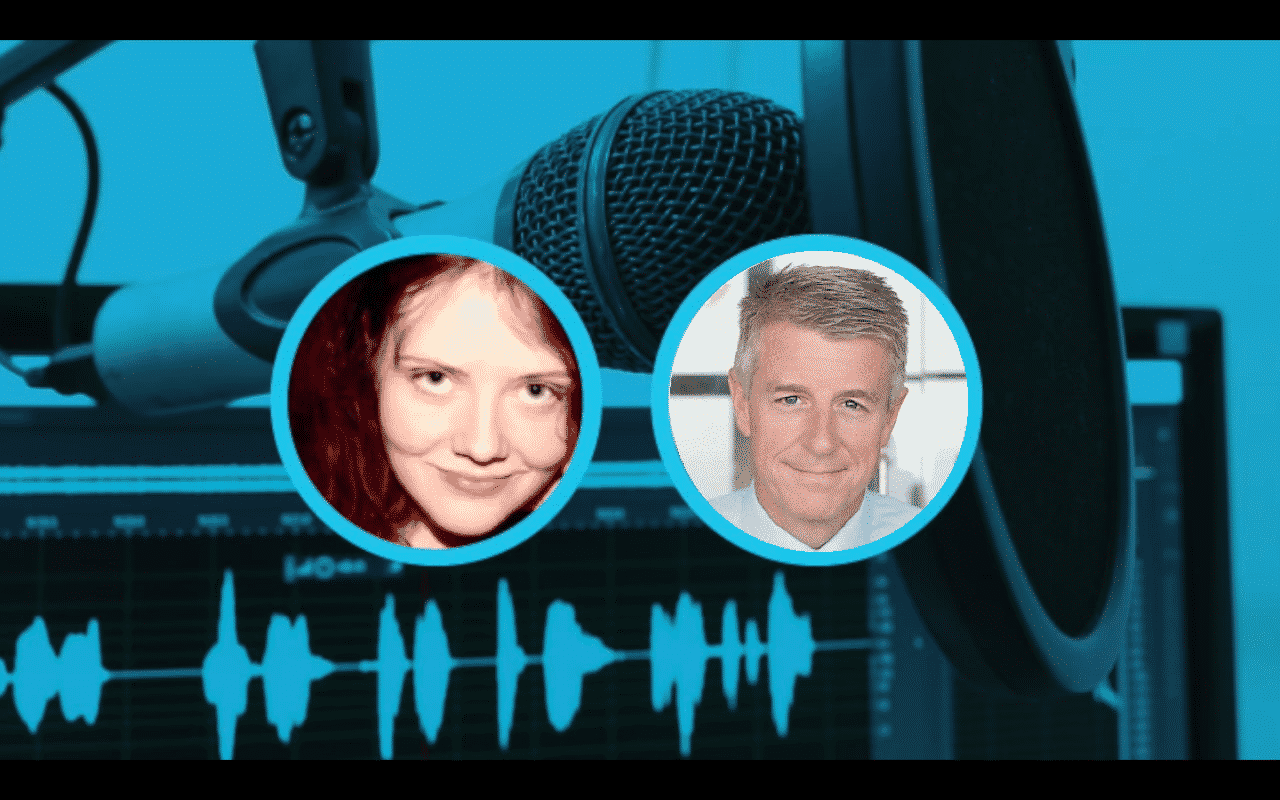 Although governments all over the world have are making moves to regulate and tax cryptocurrency, one small territory has made its way to the cutting edge of regulatory innovation.

Gibraltar has positioned itself as one of the most crypto-friendly jurisdictions on earth. On January 1, establishing the Gibraltar Financial Services Commission as the body that will oversee all things DLT () went into effect. Regarding the new laws, the GFSC stated that its primary objective is to protect the safety of consumers as well as the reputation of the territory.

“We are really excited to finally welcome applications from DLT providers; the team expects to be very busy in the coming months, and are looking forward to working on some interesting and innovative ideas with applicants,” said Nicky Gomez, head of Risk and Innovation at the GFSC.

The Gibraltar Blockchain Exchange, a subsidiary of the Gibraltar Stock Exchange, hopes to put the tiny British territory on the map as ‘Crypto Harbor’. In addition to a secure crypto exchange, GBX has developed a platform and a framework for hosting . Firms hoping to use GBX to host their token sales must undergo a rigorous application and vetting process in order to be accepted for listing.

The GBX is holding an ICO for the ‘Rock Tokens’ that will power the exchange in February. Recently, Finance Magnates spoke with GBX CEO Nick Cowan about the future of the cryptocurrency industry, and the ’s position within it.

Yes, of course, I’ll try and do my best. We have seen at the Gibraltar stock exchange a couple things happening. The first thing is that our government issued a consultation paper back in January 2016 (which was a long time ago now) putting forward a question to the community to say, “Should we–can we–financial services companies who use distributed ledger technology, or the blockchain, to use, transmit, or store current assets? If we’re gonna do that, how do we do this? What would be your recommendations?”

That led to an 18-month consultation process that, in May 2017, resulted in a regulated framework being released by our government. It’s a principles-based framework that allows operators to move into and get licensed to regulate it.

It came to law January the 1st of 2018. That provides consumer confidence and regulatory certainty for operators. We’re the first jurisdiction in the world to have that regulatory framework. So that was the first bit of background.

Secondly, we saw enormous growth–$3.7 million dollars in the end. The ICO issuance drew a lot, and we saw that as obviously fantastic and interesting, but at the same time concerning because there didn’t seem to be any standards in terms of who can issue a token, and who’s eligible to issue a token.

We thought that against our framework–or what’s happening in the background–that we could bring some governance and leadership based on best practices to token issuance. That’s why we formed GBX, the , a subsidiary of the Gibraltar Stock Exchange. GBX is there to bring rules and best practices to where there currently aren’t any.

The first step is that we got a sponsor’s code, which was released yesterday on our website, GBX.gi. You can go and see the sponsor rules and application form. You can think of the sponsors as the sort of leading ICO issuers from the US, Asia, et cetera. Anybody is eligible to apply.

If you meet our criteria, you are then approved as a sponsor, and you are then on our website. That means that ICO issuers can approach you as a sponsor and know that they’re coming towards a trusted network, where the sponsors are qualified to take you through the process of preparing your whitepaper, which has to meet our listing rules, and take you all the way through getting your application bundled together; carrying out due diligence in terms of controller, commercial, legal, financial, technology; and then submitting your application to us, the .

Once we approve you, you’ll launch your ICO, we publish your , and then you’re basically good to go. When the tokens have been distributed and the public sale ends, you’re guaranteed a listing on GBX, our cryptocurrency exchange.

So, it’s a token sale platform, and a that’s owned and managed by a stock exchange. I think that’s really important for a couple of reasons.

Number one, we’re licensed and regulated at the parent level, and GBX is currently applying for its license, under the new regulations that I just referred to. Secondly, for a startup (or a fintech), it allows you to not only use a trusted network, but to go on a capital-raising journey right through to what is ultimately an equity issue, maybe six, seven years down the road perhaps.

We think that’s really important, and we think that’s also bridging the gap between traditional capital markets, and also the crypto community. We’re bringing that convergence together. We think also that that’s a vital part of trying to institutionalize and mature the cryptocurrency market from being primarily a retail market, true to how we saw a couple of weeks ago.

We see that really as the next stage of what’s been an incredibly successful marketplace; the maturing of investors to institutions, and the maturing of issuers through a mainstream corporate. So it’s a tokenization of economies that we think is now going to happen in a major way, and we want to be at the forefront of best practices, providing that same thing, investor protection, consumer confidence, and regulated certainty for issuers, and we think that’s really powerful.

You’ve mentioned the strategic partnership with Quoine. Has GBX formed any other partnerships? What kind of reactions are you getting from the established cryptocurrency community?

I can tell you what we’ve found and heard on our roadshow. As you can imagine, we met a huge number of investors. We spoke at all of the big conferences–Token Summit San Fran, Hong Kong Fintech Week, and others. We also spoke at the massive conference in Lisbon, Web Summit. We had–universally–at our stands or after our speeches, really overwhelming positivity–which for me of course, completely caught me on the back foot.

We thought we were doing something important, but we definitely underestimated the feeling of support from the  crypto community, which was (overwhelmingly): “we’ve been waiting so long for this to happen, this is so needed. We’ve had (for example) 400 white papers this year and have invested in four. If we had someone else vetting out the rubbish, and bringing , and knowing that all of that due diligence has been done, this is absolutely vital.” So, that was amazing.

The second thing is in terms of strategic relationships, we want to partner up with companies that have the same core values, and that are ideally licensed and regulated. That’s where we see the way the industry going. With regards to Quoine, Japan is the only jurisdiction right now that has a licensed and regulatory framework for exchanges.

For us, it was such an important step to take, not only in terms of technology development (licensing their tech et cetera) but it’s much more important becausehas supported our rock token issue. We have a lot of ideas about working together in the future, but also–more importantly–Quoine really liked the idea of their Japanese issuers with an EU partner exchange that they can use to dual-list their tokens on GBX, as well as Quoine.

If you are looking for more information on our upcoming , look no further. Make sure you get yourself ready to go!

We’ll be trading for twenty-four hours anyway, but if you’ve got two exchanges trading your token, that can only be a good thing. If other jurisdictions put in a regulated framework, that means that other can get licensed and regulated. If that means we can sign up strategic partnerships, and if there’s a benefit to our clients, we will certainly look into doing that.

Our role here is, we hope, to grow the community globally, based on best practices. That can only help issuers and investors alike. That’s where this liquidity, or price transparency, or investor protection–that’s what this market needs to mature.

Gibraltar has positioned itself as a territory that’s friendly to cryptocurrency firms and the blockchain industry in general. On the other hand, governments and financial institutions around the world continue to tighten their grips on the industry. How do you expect that GBX will navigate this changing regulatory landscape?

That’s a really good question, and the answer is a complex one. I think the first thing is that Gibraltar is leading the way in terms of regulation. We expect, and hope that governments and other regulators enter into open and frank conversations with our government and our regulators, to see how the experience of Gibraltar is, and really the purpose behind regulation is (primarily) to protect investors.

That’s why regulators have behaved the way they’ve behaved–they’re concerned. So I think the first thing is that we hope to show other jurisdictions that our approach is the right approach. Rather than shut things down,  you’re better to actually say, ‘here’s our , come to us and you can be licensed and regulated.’ That’s strike one.

Strike two is that I don’t believe that you can–nor should you–stop innovation. I think that we’re going to see over the next five to ten years, the emergence of new technology which is going to transform the way we live, the way we act, and the way financial services are carried out. I understand that are concerned about AML and KYC, and we totally understand that, but again–you are going to have banks taking the lead. I think the banks that take the lead will be the banks that will benefit.

I think if you try to shut the system down, you’ll drive people towards the reason behind the evolution of Satoshi and , which was to have appeared to be a payment system that didn’t need the banking system. I think what will happen is that with added regulation, banks will be more comfortable, banks will take the lead, and you’ll end up with a much more mature financial system.

When it was on our local news, the RBF actually denied that they have pulled the plug on crypto market segments correspondent banking for GIB. It’s a bit of a confusing situation. We have banks that are Crypto-friendly, and we still have some banks that are concerned, but I think they will come around to it in time.

It might be that the genie’s out of the bottle, and this business is only gonna grow. Innovation has to be embraced. That’s why I think the regulated framework that we have at s absolutely vital and leading the way.

I had a meeting this week with a digital bank that’s about to be licensed in Gibraltar. Those types of organizations, I think, will lead the way. One of the things we’ve thought about ourselves at the GSX group level is actually making our own banking solution out in 2019.

Maybe we’ll open our own bank, just to make sure we can provide our clients with the certainty they need to grow their businesses, because if we’re happy that the AML and KYC boxes have been ticked, and we can provide our clients with basic banking services to build their businesses, then that has to happen. We’ll be looking at those solutions in the future. Fingers crossed, these solutions will be delivered and the banking system will get more comfortable, and the business will grow.