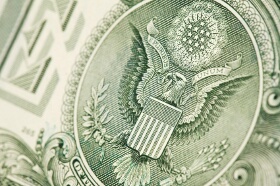 This week was far more eventful than the previous week, which was rather quiet due the Thanksgiving holiday in the United States. Not all of those events were good for the US dollar, leaving the currency rather soft by the weekend. With that said, the major piece of news that could have been supporting the greenback came out after trading ended, on Saturday, giving the markets no time to react.

Economic data released in the USA over the week was generally good, including the GDP report that showed a better-than expected reading. Markets were generally satisfied with the nomination of Jerome Powell as the new Federal Reserve chief as he is expected to continue the policy of Janet Yellen. US politics, on the other hand, were detrimental to the currency, especially the news that security adviser Michael Flynn wants to testify that President Donald Trump. Markets had yet not chance to react to the news that the Senate passed the Republican tax reform bill today.

As for events important to other currencies, the Great Britain pound was very strong on signs that Britain and the European Union made progress in the Brexit negotiations. The Canadian dollar jumped sharply after the stellar employment report. The euro attempted to rally versus the US dollar but ultimately ended the week even softer than the greenback.