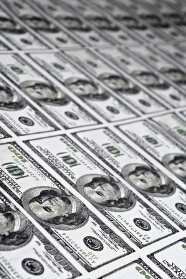 The US dollar rallied today, though the gains were limited as rising geopolitical tensions were not adding to the appeal of the currency, despite its role as a safe haven.

Analysts described today’s gains of the greenback as a relief rally after yesterday’s big losses against some of its rivals, like the euro and the Great Britain pound. Over the longer term, though, the situation does not look good for the US currency. Doubts about the ability of US President Donald Trump to fulfill his election promises about fiscal reforms and the potential conflict between the United States and North Korea made the dollar less appealing than it usually tends to be during times of risk aversion.

On top of that, market participants started to doubt that the Federal Reserve is going to continue interest rate hikes in the immediate future. Currently, CME FedWatch shows just 48.5% chance of a hike in June. That is compared to 71% two weeks ago.