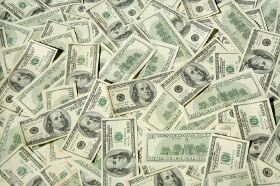 US Dollar Drops Against Euro as Housing Data Disappoints

The US dollar weakened against the euro and the British pound among other major currencies on Tuesday, as geopolitical developments around the globe continued to weigh on the US currency. Economic data in the United States failed to support the greenback today, as a new housing report painted a mixed picture of the real estate market.

Global geopolitical factors continued to be out of favor for the greenback today. The dollar plummeted against the British pound following a surprising call for a general election by UK Prime Minister Theresa May earlier today. May, who will need the approval of the House of Commons for her call, said that the election would be held on June 8.

The call came as a shock to markets and to Mayâs Cabinet members alike, as only a handful of her closest allies were let in on the plan. The House of Commons will hold a vote on Wednesday that might hand May the approval she needs.

Meanwhile in the United States, the US Census Bureau and the US Department of Housing and Urban Development released a joint report on residential construction for March. The report said that building permits increased to a seasonally adjusted annual rate of 1.26 million last month, which is a 3.6% gain from Februaryâs revised rate of 1.216 million. Economists had expected building permits to increase by 2.8%.

However, housing starts sharply dropped in March to shed 6.8% from the previous monthâs reading to reach an annualized rate of 1.215 million, after a gain of 5% in February. The data disappointed expectations of a 3% drop to 1.250 million, which further pushed the dollar lower against its main counterparts.

The Dollar Index, which measures the performance of the US currency against a basket of its major peers, dropped to 99.53 as of 18:37 GMT today, from 100.29 yesterday.