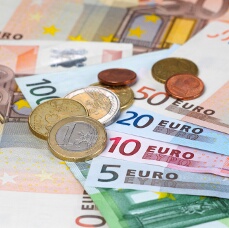 Euro Rallies Higher Against US Dollar Despite Looming French Elections

The euro rallied higher against the US dollar today despite the uncertainty surrounding the upcoming French Presidential elections. The euro’s rally entered the second day as the selling pressure on the US dollar keeps rising due to disappointment with the Trump trade.

The currency pair had gained over 50 points at the height of its rally and was on a rising trend at the time of writing.

The euro’s rally appears to be triggered by the VSTOXX index, which tracks the volatility of European stocks and had been trading above 25.8. The VSTOXX index is trading above 10%, which is a level that was last recorded in January 2016 and it seems to be the underlying trigger for the euro’s steady rise. The French Presidential elections scheduled for April 23 seem to be having little effect on the single currency, which has been on a rising trend this week.

Mixed results from the US docket have also contributed to the single currency’s rally against the greenback. The US housing starts released by the Census Bureau earlier today did not meet expectations as they increased by 1.215 million versus the expected 1.250 million. TheUS housing starts exceeded expectations as they were recorded at 1.260 million, which was higher than the expected 1.250 million.

The EUR/USD currency pair’s future performance will likely be affected by the Eurozone consumer price index for March and trade balance figures for February due for release tomorrow.