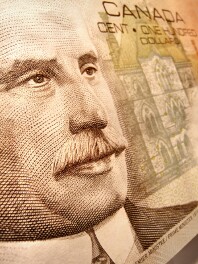 The Canadian dollar rose against its US counterpart and the euro on Thursday, after recovering from the losses it had earlier today. The loonie appeared unaffected by fresh housing data that revealed a smaller value of building permits in February.

Statistics Canada, the nationâs official statistical office, released a report that stated that building permits issued in February totaled $7.5 billion, which is 2.5% lower than Januaryâs level. The report added that the reason behind the decline was lower intentions to build institutional structures and houses for single families.

The report did not negatively impact the Canadian dollar as investors anticipated the outcome of a meeting between US President Donald Trump and Chinese President Xi Jinping. Anticipation is also high for a number of economic releases that are due tomorrow, including the unemployment rate in Canada and the number of new workers added to the labor market.

Bank of Canada Governor Stephen Poloz will speak tomorrow. His speech might add clarity to the Canadian central bankâs stance concerning interest rates, which seems to be growing different from the stance of the US Federal Reserve.