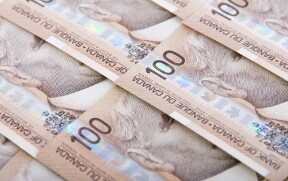 The USD/CAD currency pair today declined briefly after the Bank of Canada released the Spring 2017 results of its Business Outlook Survey, which indicated a positive economic sentiment among the business community. Despite this brief rally, the currency pair continued on an upward trend as the US dollar proved much stronger against the loonie given the weaker crude oil prices.

The currency pair declined briefly after the release before resuming its upward trend for a cumulative gain of close to 100 points today.

The Canadian dollar strengthened briefly after the results of the Business Outlook Survey indicated that most business leaders believed that domestic demand was getting stronger. The survey also indicated an expected increase in business activities in energy-producing regions. The markets ignored the release of Markit Canada Manufacturing PMI earlier today as it had minimal impact on the Canadian dollar.

The currency pair is likely to be affected by the results of the Canada’s February international merchandise trade scheduled for release tomorrow.