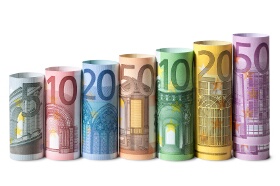 Dovish Stance of ECB Results in Week of Euro Sell-Off

Traders were selling the euro during the past trading week as the European Central Bank suggested that markets interpreted its stance on monetary policy wrongly, believing it to be more hawkish than it actually is.

Markets were thinking that the hawkish statement that followed the latest policy meeting means that the ECB will act soon, tightening its monetary policy. Yet the Reuters report said that anonymous sources claimed that it was not the case. That was a big hit to euro bulls, making them sell the currency in large quantities.

The Great Britain pound, on the other hand, was strong despite Britain formally initiating the Brexit process. The Canadian dollar was strong as well thanks to the rebound of crude oil prices and the positive surprise from Canada’s gross domestic product.