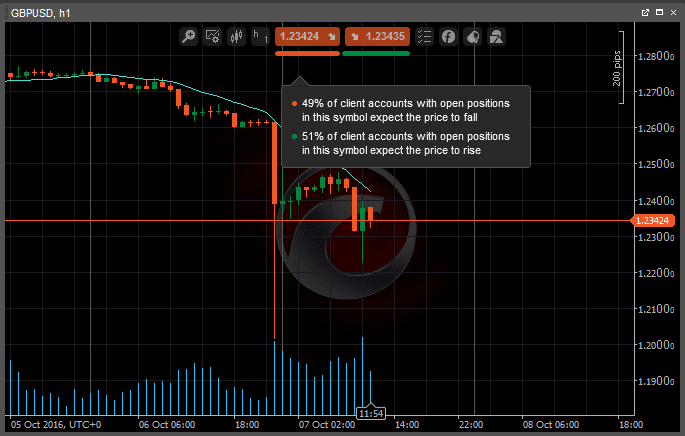 Spotware Systems, the Cyprus-headquartered financial technology provider, today added a new trader-protective feature to its cTrader platform which prioritizes freeing up margin over the partial closure of the big positions.

According to the new Stop Out algorithm, in case the trader doesn’t have sufficient funds to maintain current trades, the cTrader platform will partially close positions starting with the largest one since it typically uses the most margin. The purpose behind the switch is to offer the trader increased protection and potentials since it closes a fraction of his position to free up margin and simultaneously leaves a portion running to take advantage of any further price runs.

The process is fairly easy since cTrader’s logic doesn’t necessarily target losing positions either. For comparison with the methodology used by other popular platforms, when a trader’s margin level falls below Stop Out level, the Metatrader4 terminal automatically closes the most losing position entirely.

In case of forex trades, cTrader’s new stop-out method will partially close positions in increments of 1,000 units until the free margin becomes higher than the Smart Stop Out level.  For spot metals, commodities, indices, equities and other CFDs the lowest possible increment for the instrument will be used in descending order, so that as each position is closed, traders have a better chance at securing what they can from the remaining portions of their deals.

James Glyde, Head of Business Development at Spotware Systems, commented on the new policy: “Our new Smart Stop Out algorithm is one of this year’s most exciting under-the-hood changes for every trader. The major differentiator from our previous Fair Stop Out algorithm is that positions are partially closed, this prevents traders from losing their entry points, which is very important in case market prices change direction, allowing the trader to later close the position with a smaller loss or even in profit.”