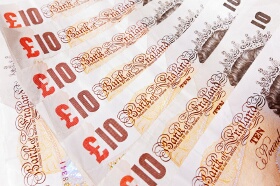 The British pound came under pressure on Tuesday as currency traders had an increased demand for shelter assets to reduce their exposure to sudden movements in the poundâs exchange rate.

The pound is expected to move violently ahead of the UKâs Autumn Statement that will be given tomorrow by Chancellor Philip Hammond. Investors will be keeping a close eye on the statement, which is expected to give more hints on the governmentâs spending plan following a promise made yesterday by British Prime Minister Theresa May to increase research and development spending by 2 billion British pounds per year.

Mayâs speech to the CBI conference on Monday contained hints of a possible Brexit deal that will be friendly to businesses. Investors believe she hinted that the government might implement a transitional period before quitting the single market zone to smooth the cliff effect that Brexit is expected to force the nationâs economy to face.

The pound sharply rose following her comments as traders felt more certain that a soft Brexit scenario is likely to happen. However, half of the British currencyâs gains on Monday were erased today as investors anticipated the UK Autumn Statement that might confirm the introduction of a fiscal boost. Investors are wishing for an increased infrastructure spending, but tomorrowâs statement might disappoint their hopes as the UKâs public finances are expected to deteriorating following the Brexit referendum in June.