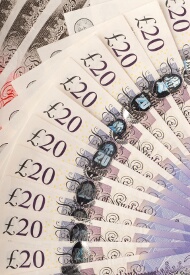 The British pound gained on Monday to cut most of the losses it had during the past week. The sterling moved higher after UK Prime Minister Theresa May hinted that sheâs working on reaching a Brexit deal that would be beneficial for business within the nation.

Her comments, which were made when she addressed the CBI conference earlier today, promised the lowest corporate tax rates in the Group of Twenty and an increased government spending for research and development. Her goal is to make it easier for companies to go through the transitional period following the departure of the United Kingdom from the European Union.

Now we want to go further, and look at how we can make our support even more effective â because my aim is not simply for the UK to have the lowest corporate tax rate in the G20, but also a tax system that is profoundly pro-innovation.

The prime minister stated that she understand a hard Brexit can be risky for businesses, hinting a possibility of a transitional deal that would reduce investorsâ worries and uncertainty toward Brexit. She also said that sheâll aim for a quick resolution of legal matters with other European Union states.

I know that leaving the European Union creates uncertainty for business. I know that some are unsure about the road ahead or what your future operating environment will look like.

In essence, her idea seems to revolve around having a period during which the UK would maintain its full access to the single market, while also complying with the unionâs laws. During that period the government will grant an additional 2 billion British pound to research and development to back priority technologies. This comes in line with the CBIâs Innovation Survey that was done ahead of the conference, which showed that 17% of UK companies plan to increase innovation expenditure compared with 7% who plan to reduce it.

We will commit to substantial real terms increases in government investment in R&D â investing an extra £2 billion a year by the end of this Parliament to help put post-Brexit Britain at the cutting edge of science and tech.